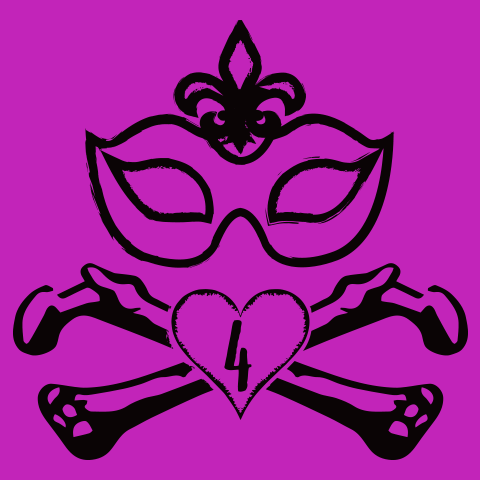 Valentine’s Day is around the corner and to help you get in the mood for romance, Strangeloop Theatre presents its annual production of French With Me, a series of vignettes written by up-and-coming playwrights that center around the theme of love.

This year’s production – our fourth – takes on a New Orleans flavor in French With Me 4: French Quarter. The mimes are back again and this year finds them wandering around the French Quarter in their continuing story of love and loss and love again.

In addition, the stories include a romance that buds outside a gender reveal party, the awkwardness of first dates and a husband and wife who fall in love with their own reflections.

French With Me 4: French Quarter is:

French With Me returns to Signal Ensemble Theatre, 1802 W. Berenice Avenue in Chicago, on Tuesday, February 11.

The gala-style event includes floral arrangements by Rose Expressions and New Orleans-inspired cuisine donated by local merchants, and features a craft beer selection from Chicago’s Finch’s Beer Company. A silent auction is also planned with offerings that range from massage from Aligned and unlimited yoga from Bloom, to Louisiana coffee and beignets and tickets to Kiss Kiss Cabaret and Blue Man Group – the perfect place to pick up a last minute present for your sweetie.

The reception begins at 7 p.m. with performances beginning at 8 p.m. Live music will follow from Big Dixie & The Pelican Whisperers, a local Dixieland band featuring the talents of Corbin Andrick on woodwinds, Joe Clark on trumpet, Jeff Livorsi on trombone, William Russell on tuba and David Agee on drums.

Tickets are now on sale at Brown Paper Tickets.
Posted by Unknown at 10:00 AM No comments: