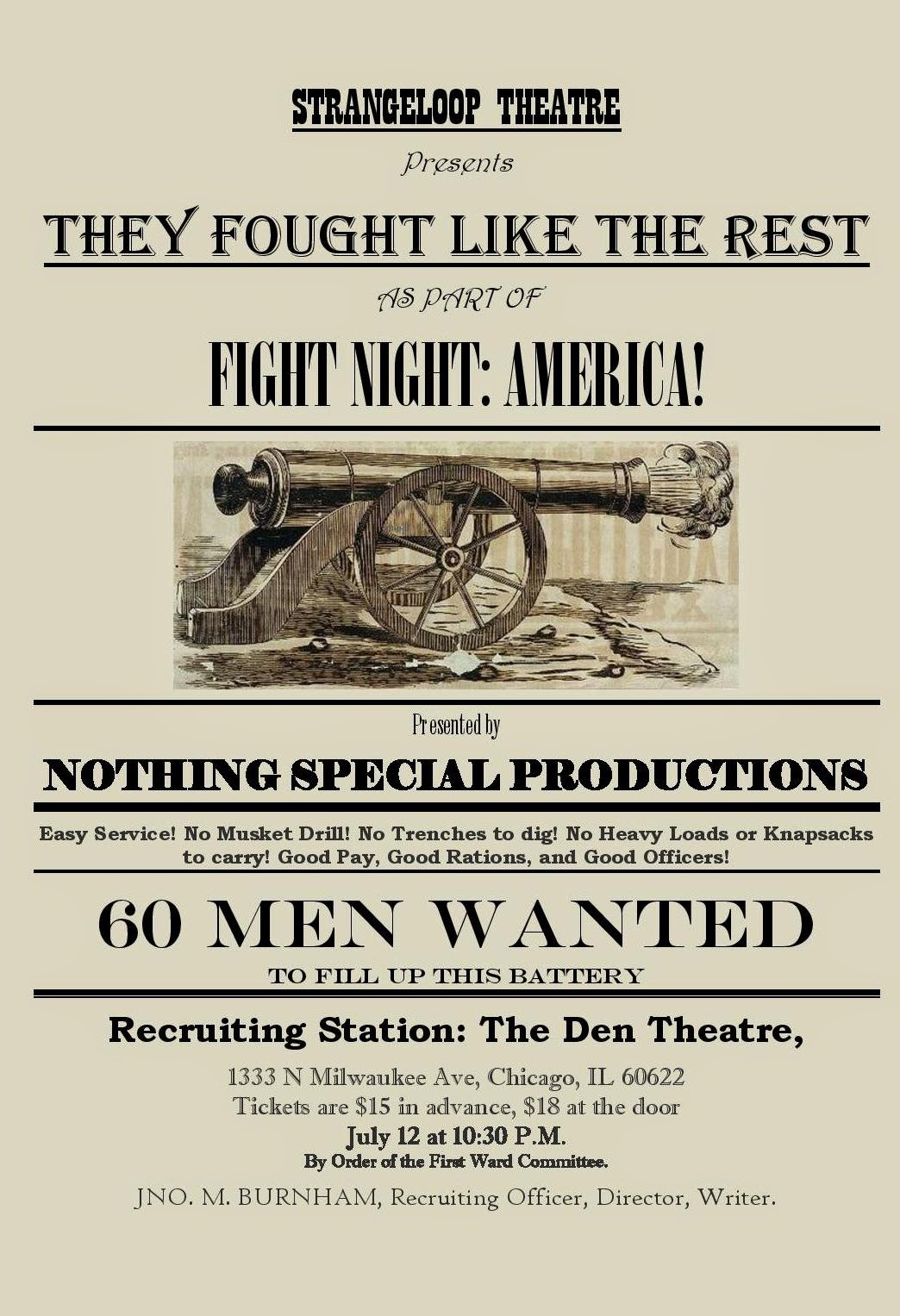 Because if there's one thing theater goers can't get enough of it's blood, guts and glory!

Strangeloop is one of eight contenders for the championship.* Going up against Abraham Werewolf, Wayward Productions, Red Theater Chicago- RTC, Walkabout Theater Company, Some Guys I Know, Rough Company and Nothing Special, Strangeloop presents They Fought Like The Rest, an original work written and directed by company member Maria Burnham.

Inspired by the very real stories of women in the Civil War, They Fought Like The Rest tells the story of two Confederate soldiers captured during the Battle of Shiloh who find they share more than a side and the desire to escape the confines of their Chicago prison. 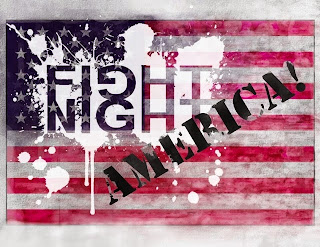 The Den Theatre is located in the Wicker Park neighborhood of Chicago at 1333 N. Milwaukee Avenue. Tickets are $15 in advance, $18 at the door, but this production tends to sell out, so get your tickets in advance. Tickets are available here.

More information on Fight Night is available here. The fight begins at 10:30 p.m.

*There is no championship. We made that part up.
Posted by Unknown at 3:43 PM No comments: 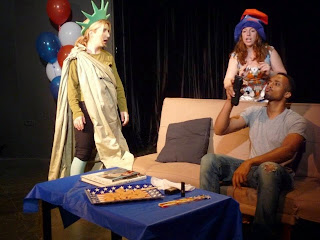 Strangeloop's annual short play and new works series returns this summer to Chemically Imbalanced Theatre and will kick off our seventh season of pursuing the undiscovered.

Performances for Loopshop 7 will be at 8 p.m. on Monday, July 28, and Tuesday, July 29, at Chemically Imbalanced Comedy Theatre, 1422 W. Irving Park Road, Chicago. Tickets for the show will be available at the door or online.

More details coming soon, but put the dates in your calendars.
Posted by Unknown at 2:37 PM No comments:

Goodbye to fairies, hello to fights 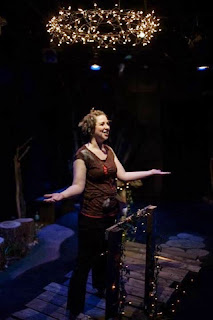 A Midsummer Night's Dream ended to packed houses, lots of laughs and not a few tears from the actors sorry to see it close. Thank you to everyone who came out and made this production so successful and so special.

As Strangeloop finalizes plans for next season, there are still quite a few events that we have our hands in this summer, including Nothing Special Productions' Fight Night: America! at the Den Theatre on July 12.

Fight Night, a periodic evening of fight-based scenes and short plays, returns next month with pieces from Strangeloop Theatre, Abraham Werewolf, Wayward Productions, Red Theater Chicago- RTC, Walkabout Theater Company, Some Guys I Know and Rough Company — this round with the theme of America, in celebration of our nation's Independence Day.

They Fought Like The Rest tells the story of two Confederate soldiers captured during the Battle of Shiloh who find they share more than a cause and a desire to escape the confines of their Chicago prison.

And check back here all summer long for information about other upcoming events, including a staged reading in July and the return of Loopshop — Strangeloop's annual short play and new works series.
Posted by Unknown at 8:00 AM No comments: 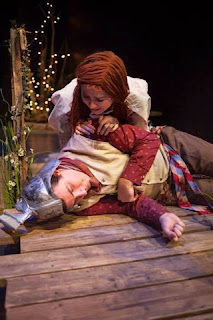 For those of you who missed Strangeloop's production of A Midsummer Night's Dream, Chicago's littlest reviewer, Ada Grey, is demanding a remount.


Once upon a time I went to a show and it was called A Midsummer Night's Dream. It was directed by Holly Robison and written by William Shakespeare. This Midsummer Night's Dream was set in the 1940s and it was in a very small space. It was also in two rooms and it was sort of in promenade style. The space was too small for the audience and actors to roam freely, but you were in different spaces and you were not in seats but around the actors on the floor or on benches. I thought that all of the actors were good; I wasn't disappointed by any of them. How you interacted with everyone and how you felt like you were in different places when you moved from the castle to the forest made this play delightful.

Read the entire review here.
Posted by Unknown at 9:37 AM No comments: