For Wagman, acting is personal 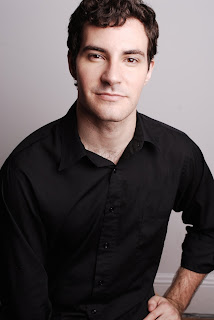 Michael Wagman always tries to find the personal in the characters he portrays.


But for his latest role as the conniving Dimitris Kokkinakis in Strangeloop Theatre’s Mitera, the Wicker Park actor has struggled to make that connection.

“One of my biggest challenges has been playing someone who thinks so little of the people around him that he literally gives them and their views no credence,” Wagman said. “I’ve always tried to keep an open mind, so playing someone who is so resolutely closed-minded has forced me to find those areas of myself – those few relationships where I became closed-minded – and exploit them to understand this character.”

Read more about Michael, including how he brought his character to life, in the Bucktown-Wicker Park Patch.
Posted by Unknown at 11:16 AM No comments:

Good to know: Transportation options if you're coming to Mitera 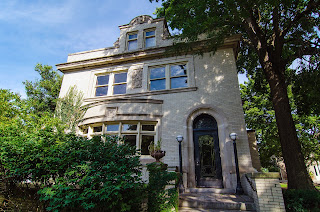 Mitera, which started tech this week, takes place in Berger Park in Edgewater. There are two mansions and a coach house on this property. Our production takes place in the building to the north on the property (known as the Gunder House, at 6219 N. Sheridan Road).

If you go to the south building — also known as the Downey Mansion — you'll wind up seeing Ulysses by our friends at The Plagiarists. If you go to the coach house, you'll be sad because the beautiful Waterfront Cafe doesn't reopen until May 16.

Berger Park does not have public parking; however there is a cul-de-sac on Granville Avenue on the south side of the park, which allows for handicap accessibility drop-off. Metered Street Parking is available on Granville Avenue and also on North Broadway. Permit-free neighborhood parking is also available on the streets just west of Sheridan Road.

Public transportation, bicycling or utilizing one of the city's ride-sharing or taxi cab companies is greatly encouraged.

Bike racks are also located throughout Berger Park.
Posted by Unknown at 3:37 PM No comments:

Tinsley finds deep connection in theatre by, for women 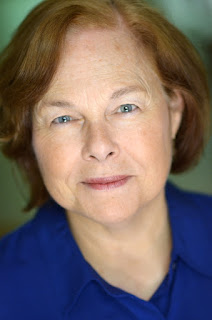 Actress Patrica Tinsley likes to be called just that – actress.

“I greatly dislike being called a ‘female actor,’” Tinsley said. “I feel that women find too many ways to diminish themselves and wish more women would embrace the term actress instead of seeing it as lesser title.”

But for the Glenview resident it goes beyond just a title. She feels a strong connection to theatre by and for women.

Read more about Patricia, including more about her role in Mitera, in the Chicago Tribune.
Posted by Unknown at 10:14 AM No comments:

It actually is all Greek to Apostolou in her latest role 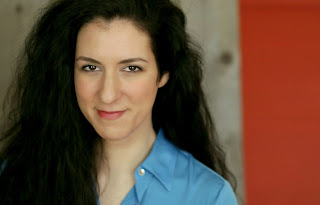 Lakeview resident Lilly Apostolou left behind her corporate job a few months ago to pursue a full-time career in the arts and immediately landed a role that seemed made for her in Strangeloop Theatre’s production, Mitera.

Mitera really is an accurate depiction of Greek life, no matter where you live,” Apostolou said. “My parents are both from Greece and I was born in Chicago. These characters were raised in Mississippi, but I feel that same Greekness in the words of these characters, as it all stems from their mom – their Mitera.”

Read more about Lilly, including more about her role in Mitera, in the Lakeview Patch and in the Chicago Tribune.
Posted by Unknown at 3:35 PM No comments: 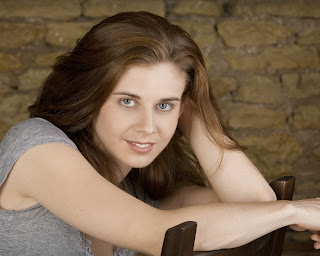 Actress Holly Robison is very much at home with period dramas, Shakespearean verse and English accents, but for her latest role she finds herself in less familiar territory – the Deep South circa 2015.

The Lincoln Square resident plays one of three sisters in Strangeloop Theatre’s production, Mitera, which premieres in April at the North Mansion at Berger Park in Edgewater. And while the Southern accent wouldn’t normally be a problem for Robison, her character Nitsa also tosses in a few Greek words for good measure.

Read more about Holly, including her thoughts on what audiences will like about Mitera, in the Lincoln Square Patch.
Posted by Unknown at 2:12 PM No comments: 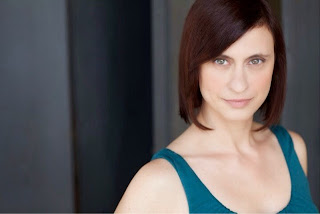 Windy City Greek recently spoke with playwright Maria Burnham about writing, her play Mitera — our spring show opening in a few weeks — and what it was like to grow up Greek in the Deep South.


“Major parts of the characters are made up, though the world they inhabit, and some of the ideas, personalities are based on people in my life. The Godmother is based on my godmother, who isn’t Greek but is married to a Greek. There’s a male cousin who is like a conglomeration of some of my relatives in Greece. Threads of my life are in this play.”

Read the full interview here.
Posted by Unknown at 1:08 PM No comments: 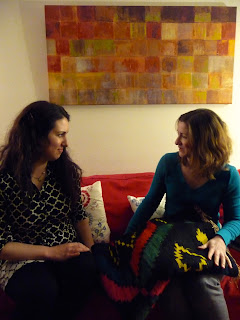 Rehearsals are underway and the production team is in place for Mitera, Strangeloop's spring show, which opens in April.

Set amongst a small Greek community in the American Deep South during the months preceding the Supreme Court's landmark decision in the gay marriage case Obergefell v. Hodges, Mitera tells the story of the Sheridan sisters who discover their mother, upon her death, has left their entire inheritance contingent on the youngest sister marrying within a year. If she fails to do so everything goes to their oldest male cousin in Greece. But the youngest sister is an unattached romantic who believes in marrying for love.

Tickets are $5 for previews and $18 for the regular run and are available in advance through Brown Paper Tickets.
Posted by Unknown at 8:00 AM No comments: