For those of you who missed the announcement during this summer's Loopshop, Strangeloop has announced our 8th Season lineup. See below for details. And keep your eye out for our fall fundraiser fete. 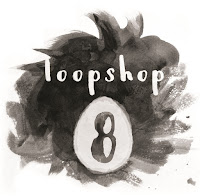 July
Loopshop 8: The company’s annual short play and new works series, with five pieces from up-and-coming playwrights, each performed both nights of this two-night run. This year's production features an array of bite-sized plays on topics ranging from Swedish furniture to time travel. 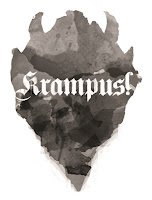 Krampus!: A holiday-themed show written by Company Member Jaclyn Jensen and resident graphic designer Mike Wozniak. It's not enough that a family has to deal with the usual drama that comes with Christmas, but the Murray family has to do it in the isolation of a cabin in the woods, during a snow storm with a holiday devil running amok and only some peppermint schnaps to get them through it. 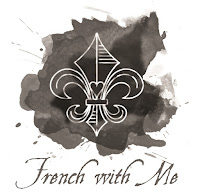 French With Me: Our popular gala affair returns, revamped and refilled with love — just in time for Valentine’s Day. 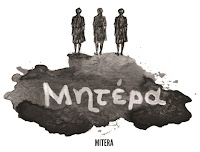 Mήτερα (Mitera): Three, single sisters have their lives turned upside down when they find out their Greek mother is still micromanaging their lives from beyond the grave. Written by Company Member Maria Burnham, Mitera pokes and prods the boundaries of family loyalty and examines the idea that sometimes the people we’ve known our entire lives are the people we know the least.