Meet the Cast & Crew of Shadows & Lust - Coming to the Chicago Fringe Festival on September 1!

Strangeloop Theatre is excited to announce the cast and crew of our upcoming production in the Chicago Fringe Festival of Shadows & Lust, opening September 1.
Cast:

Cristiana Barbatelli (Kelsea) - Cristiana is thrilled to be a part of Strangeloop and The Chicago Fringe Festival this year! After earning her BFA in Acting Performance from Nebraska Wesleyan University, she has since been acquainting herself with the Chicago theater scene for the past year. Most recent credits include The God Committee (Oil Lamp Theatre), Moby Dick(Chicago Mammals), Bed Bath and Beyond (DT Theatre Co) along with various short film projects. 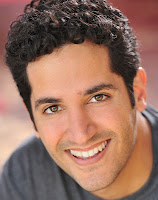 Matthew Evanoff (Cal) - Matthew Evanoff is fresh off the boat from the West Coast, after graduating with a Bachelor's of Fine Arts in acting from California State University, Fullerton. He is happy to call Chicago his new home and is excited to be part of this production. 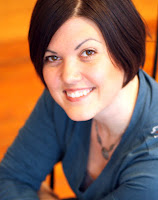 Genevieve Lally (Pengal) - Genevieve is thrilled to be working with Strangeloop for the first time. Recent local performing credits include work with Pretty/Windy Theatre Company, The State Theatre of Chicago, The Shakespeare All-Stars, ROOMS Gallery, The Tall Ship Windy, Chicago dell'Arte, AMEBA Aerial and Acrobatic Dance Company and the Actor's Gymnasium.  Internationally she has performed throughout Greece with the University of Detroit Mercy's production of The Bacchae.  When not acting she studies and performs aerial acrobatic dance, specifically silks and trapeze - and still dreams of running away with the circus someday. 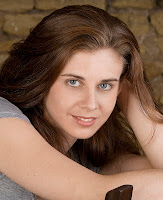 Holly Robison (Veronica) -  Holly is thrilled to continue working with her favorite folkses, Strangeloop Theatre.  She previously appeared in Strangeloop prodcutions of As You Like It, Maid of Orleans, Santa Claus v. the Easter Bunny, and Loop Shop. Other past favorite roles include Martha in The Children’s Hour, Elizabeth in Pride and Prejudice, and Juliet in Romeo & Juliet. Holly has been living and performing in Chicago for the past few years, and she has studied at Victory Gardens Theater and Chicago Shakespeare Theater. 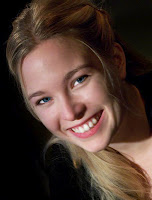 Shantelle Szyper (Carly) - Shantelle is pleased to be working with Strangeloop for the Fringe Festival. She has previously been seen on the Chicago stage as Pip in the Chicago Mammals production of "All Girl Moby Dick" and as an eyeless creature with Dream Theatre. She has also worked with Pegasus Players on the Young Playwright's Festival. Shantelle is a graduate of UW-Whitewater with a BFA in Performance. 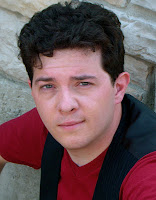 Sean Thomas (Nate) - Sean received his B.A. in English from Judson University and has studied theater at The College of Dupage. Favorite roles include Renfield in Dracula, Joe Keller in All My Sons, both at College of Dupage, and Judas/Thomas (et al) in John: His Story at Overshadowed Theater. He has also acted with First Folio Theatre in Oakbrook, IL and was the literary associate for Fox Valley Repertory’s first Collider New Plays festival.

CREW:
Michael Wagman (Playwright) - Michael is a proud artistic associate of Strangeloop Theatre.  His writing credits with Strangeloop include the short plays Crisco vs. Olive Oil, Cloudy with a Chance of Bitch, and the one-act musical Santa Claus vs. the Easter Bunny.  Michael’s most recent acting credits include Charles/Corin in As You Like It(Strangeloop), Giuliano in Big Love(Four Play Theatre), and an ensemble performer in Oops! I Hearted!: A Sketch Comedy Revue at Gorilla Tango Theatre. Michael has a B.F.A. in Playwriting from the Theatre School at DePaul University and is thrilled to be using it.

Josh Johnson (Director) -  Josh is thrilled to be working with Strangeloop once again after directing Shadows and Lust as part of Loop Shop in 2011. He has had the pleasure of working with several other theatre companies, including Chemically Imbalanced Comedy, LiveWire Chicago Theater, Oil Lamp Theater and Black Elephant Theatre Company among others. He also held the position of Artistic Director for Rubicon Theater Project from 2005 to 2009 with whom he directed several productions including The Joy of Going Somewhere Definite, Sex, Drugs, Rock & Roll, and Offsprung to name a few. Josh is also a Jeff A/T Team Committee member and holds his BFA from the University of Wisconsin-Stevens Point.

Keith Gatchel (Stage Manager/Tech Liaison) - Keith comes to us from Rockford, IL, by way of Southern Illinois University (with a few stops in Florida). Since coming to Chicago in '05, Keith has worked tech with The Goodman Theatre, Collaboraction, Teatro Vista, Victory Gardens, Abbiefest, and more. Currently, he works at Blue Man Group, and is a stage manager at the Kiss Kiss Cabaret, when not filing for a mortgage firm during the day (his true passion in life).

Shadows & Lust will be performed as part of the Chicago Fringe Festival on the following dates and times:

All performances will be at Chicago Art Department (CAD), 1932 South Halsted Street, Chicago.

Tickets can be purchased through the festival website at www.chicagofringe.org