Meet the Cast & Crew of What Was Mine to Do, Opening on September 7th

Strangeloop Theatre is excited to announce the cast and crew of our upcoming production of What Was Mine to Do, opening September 7th. 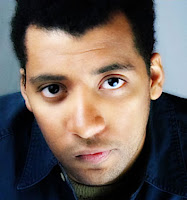 Monnie Aleahmad (Dadullah) - Monnie is very excited to be making his debut with Strangeloop Theatre after a long hiatus from the stage. Monnie was last seen on stage as Walker Harris in Players, Please Theatre’s production of Two Rooms by Lee Blessing. Previous theatre credits also include multiple plays at College of DuPage; of which his favorites are the Glory of Living; Heroic Journeys, an original play created by cast and crew; and The Laramie Project. Monnie also appeared in A Raisin in the Sun at Harper College, Wheaton Drama’s production of One Flew Over the Cuckoo’s Nest, Addison Community Theatre’s production of Juvie, Players, Please Theatre’s W.A.S.P., and Baby With the Bath Water.

Kate Black-Spence (Claire) - Kate is the Company Manager and an ensemble actor at Stage Left Theatre where she has been seen in The Fisherman, Here Where It's Safe, After Ashley, and coming up this spring in the American Premiere of Rabbit. She has also worked with such companies as A Red Orchid Theatre,  Ruckus Theatre, Chicago Dramatists, Silk Road Rising, and About Face Theatre. In the last couple years Kate has also begun pursuing film and has starred in 2 feature length films and countless shorts- one of which ("By Any Other Name") has toured festivals internationally in New York City, South Korea, New Zealand, and India.  Check out her latest webseries "The Throwaways" with telloFilms which tells the story of Chicago LGBT homeless youth. 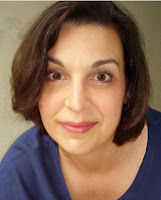 Gustavo Obregon (Kamil) - Gustavo is a graduate of Theatre Program at Northeastern University in Boston, MA. Most recently he performed the part of Hamed in Keith Anwar’s Kabulitis, produced by Polarity Ensemble Theatre in association with Rasaka Theatre Company. This will be the third time he has had the privilege of playing the role of a man from Afghanistan. And the first time he will get to learn a little Pashto.

Andy Quijano (Toons) - Andy is delighted to be working with Strangeloop Theatre for the first time. Previous Chicago credits include Farragut North (Stage Left), An Enemy of the People (Stage Left), Freedom, NY (understudy/Teatro Vista) and 50 Plays by Joe Janes.  Andy is a proud ensemble member of Akvavit Theatre. 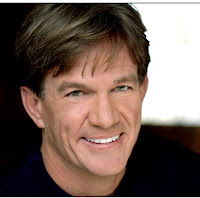 Colin Reeves (Frank) - Colin is excited to be working with Strangeloop and being part of the premiere of What Was Mine to Do. Colin studied at the Northwestern University Theater Department in his twenties. Since then, he’s been practicing landscape architecture, with an eye to getting involved in Chicago theater when the time was right.  He made his debut earlier this year, appearing in in Kokkola at the Akvavit Theater.
CREW:
Doug Long (Director) - Doug directed the Incubator play development of What Was Mine to Do at the Chicago Cultural Center’s DCA Studio Theatre in March. For Strangeloop, he has previously directed Strangers and Romance and short plays for two Loopshops. He has directed plays and readings in and around Chicago for 16 years, at numerous theatres including VictoryGardens, Steppenwolf, College of DuPage, Emerald City, Bailiwick, the Theatre Building, Village Players, and Chicago Dramatists. Recent productions include The Frogs, Suddenly Last Summer, and the premiere of his own adaptation, Alive and Dead in Indiana, which will receive its third production in South Bend, IN, in November. He is on the faculty at DePaulUniversity and taught acting for several years at the Victory Gardens Training Center. He holds an MFA in Directing from Indiana University and a bachelors in theatre from Ball State University.

Dustin Spence (Playwright) - Dustin is proud to be debuting his latest work on the Strangeloop Theatre stage. Dustin's other work includes The Sound of a Yellow Flower, Leaving Georgetown, and Close: an examination room encounter. Dustin is a founding member of Strangeloop Theatre.

Glen Anderson (Scenic Designer) - Glen holds a BS degree in Technical Theatre and Design from Ball State University in Muncie, IN. He received his MFA degree from The University of Florida in Gainesville, Fl. He revived the Barbizon Award for design excellence from the Kennedy Center American College Theatre Festival in 2007 for his design of Samuel Becket’s WAITING FOR GODOT. His work has appeared in Light and Sound America, Dance Teacher Magazine, Muse Magazine and the cover of Southern Theatre. Photos of his designs are now included in Author and former SNL writer David Misch’s new book on American comedy “ What’s so funny”. He has displayed his work in the World Stage Design exhibition in Toronto Canada and has been invited to display his work in the Prague quadrennial design exhibition. He has trained in both American and European theatrical design philosophy, combining them both into his work. His work has appeared on Tour and on stages in the United States, Unintended Kingdom and Nigeria with companies such as the Rocky Mountain Repertory Theatre, Light Opera Oklahoma, The Theatre in The Park, Gorilla Theatre Kansas City, Western Washington University, Theatre Gym Kansas city, Strange loop Chicago, Missouri Western State University, The PK Yong Performing Arts program and ZMirage London/Nigeria.

Libby Beyreis (Violence Designer) -
Libby is delighted to be back at Strangeloop, where her violence design previously appeared in "As You Like It", "The Sound of a Yellow Flower" and "Maid of Orleans".  She has designed violence for Chicago companies including Idle Muse, The DIVISION, Focal Point Theater Company, Chase Park, Free Street, as well as numerous shows with Babes With Blades, where she is an ensemble member.

Ben Campana (Prop Designer) - Ben is proud to be designing props for the world premiere of What Was Mine To Do. He would like to thank his wife Carrie for her support and use of her sowing machine and Michael Bratta for the wonderful props he lent us.

Carrie Campana (Costume Designer) - Carrie is happy to be working on her second production as an Artistic Associate of Strangeloop Theatre. Her work has been seen in Strangeloop's production of "As You Like It", Sheil Park's "The Children's Hour" and Theo Ubique's "Man of La Mancha".

Lisa Uhlig (Stage Manager) - Lisa is an artistic associate with Strangeloop Theatre, and is very happy to be working on this new piece by Dustin Spence. Stage managing and directing in Chicago for the past several years, she has worked with multiple other companies and hasn't yet found something she hasn't loved. She has stage managed with The Gift, The Hypocrites, Muse of Fire, Project 891, and of course Strangeloop.

Jason Weinberg (Sound Designer) - Jason is excited to be designing for Strangeloop for the first time. A graduate of Columbia College, Jason has spent the last few years discovering practically every aspect of the business. As an up-and-coming director and Chicago's #1 baritone ukulele act, he is looking forward to a long career in Chicago.

Playing at The Side Project Theatre (1439 West Jarvis Ave., Chicago).
Tickets are $15 ($10 for students and seniors) and are available at www.strangelooptheatre.org or by calling Strangeloop directly at 773-757-6689.