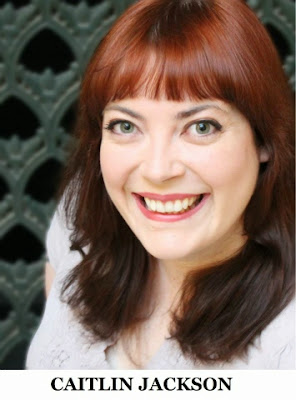 Caitlin Jackson (Hippolyta/Titania) grew up performing and training in Indiana where she worked with Young Actor's Theatre, Indiana Repertory Theatre, Indianapolis Civic Theatre, Edyvean Repertory, Theatre on the Square and the American Cabaret Theatre, as well as others in the Indianapolis area. She moved to Chicago in 1997 to study acting at The Chicago Academy for the Arts, and then majored in performance at the University of Illinois at Chicago. Since then, Caitlin has performed with Chase Park, Ludicrous Theatre, Walkabout Theatre/Knife & Fork, New American Folk Theatre (where she is also a company member), Cowardly Scarecrow's Musical of the Living Dead, Hell in a Handbag's 2013 production of Christmas Dearest (Bette Davis) and, most recently, Wayward Productions (Fight Night 2014). This is her third Midsummer, second "Titania" and first Midsummer with Strangeloop (which she is very happy about as she totally digs these Strangloop folks quite a bit). Thanks to a truly fantastic Director, Holly, and (as always) M,D,K&S. Love to this Cast & Crew...for reals.